‘What a glorious feeling, I’m happy again!’ – while you’re at it, please see what treats we have coming up for you this Autumn – see below.

At Filmbox we’ll be showing the original Technicolor masterpiece ‘Singin’ in the Rain’ on our BIG screen in the Spring – with live music and dance intro!

See what’s coming up at FILMBOX this Autumn: https://langleyfilmbox.com/2014/08/23/see-our-new-season

Become a member of your very own film club and save up to 40%: https://langleyfilmbox.com/membership/

Email us to be placed on email list: LangleyFilmbox@gmail.com

Become a Member of FILMBOX – see great films and save at least 40% on ticket prices:

Why become a Member? Read what our patrons like about us:

Become a Member and see FREE films for all family at our 2nd Birthday festival Sat 27/9/14 (non-members £2 each):

What is FILMBOX showing this Autumn? See here:

FILMBOX closed for August, see what’s on near you and around the UK – we’re off to see ‘Jailhouse Rock’ tonight at Hever Castle:

Become a Member of FILMBOX Community Cinema and explore a world of great films on your doorstep in West Wickham/Beckenham/Bromley/SE London – you and a guest can see great films for £5 each or less! Application form and full details here:

Join quickly as our first film is coming up on Thursday 11 September! Members get FREE tickets to our 2nd Birthday Film Festival on Sat 27/9/14 (allow us at least 5 days to turn aroud your membership and issue your discount booking codes). 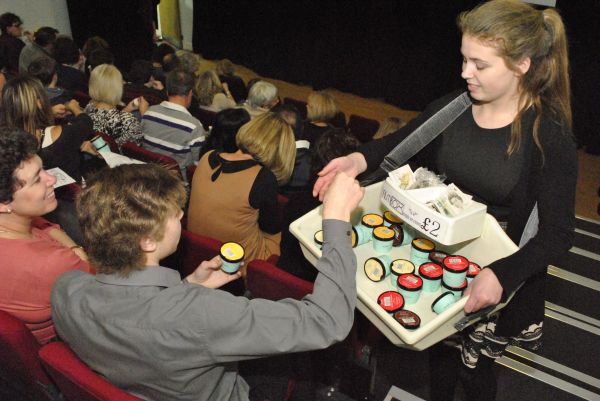 FILMBOX Community Cinema is a not-for-profit, fully self-funding venture based at Langley Park School for Boys in Beckenham, Kent (London Borough of Bromley) entirely run and staffed by volunteers, for the love of film and the very best way to share it… the cinema!

We are having a break this August, BUT there’s lots of exciting and alternative film experiences around you and we’re delighted to feature them here:

FOUR great films in a superb setting at Hever Castle (near Edenbridge, south of Westerham, only 45mins from Bromley), the Festival Theatre has raked seating and a huge screen under cover, plus full refreshments and pre-theatre suppers in the restaurant.

JAILHOUSE ROCK – 19 August  (two of the FILMBOX team will be going – see you there?)

There are lots of other music and theatre events running there throughout August.

SAVE THE DAVID LEAN CINEMA – CROYDON

The David Lean cinema will be showing these four films this month – THE WIND RISES, THE LOVE PUNCH, STOP THE POUNDING HEART and  FRANK

This is a comprehensive listings site maintained by the brilliant Angie Macdonald – huge thanks to her for her tireless support for independent cinemas from Beckenham to Woolwich.

CINEMA FOR ALL – http://www.bffs.org.uk/aboutus – the national advocate and agency for community cinemas and clubs all over the UK! We’re delighted to be a member of this important organisation.

We are having a break this August, BUT there’s lots of exciting and alternative film experiences around you and we’re delighted to feature them here:

FOUR great films in a superb setting at Hever Castle (near Edenbridge, south of Westerham, only 45mins from Bromley), the Festival Theatre has raked seating and a huge screen under cover, plus full refreshments and pre-theatre suppers in the restaurant.

There are lots of other music and theatre events running there throughout August.

SAVE THE DAVID LEAN CINEMA – CROYDON

The David Lean cinema will be showing these four films this month – THE WIND RISES, THE LOVE PUNCH, STOP THE POUNDING HEART and  FRANK

This is a comprehensive listings site maintained by the brilliant Angie Macdonald – huge thanks to her for her tireless support for independent cinemas from Beckenham to Woolwich. 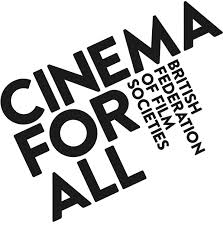 We’re not the only alternative to commercial cinemas in South London – do please check out and support these other great venues, each offering something unique to those who love their film! There’s something on nearly EVERY DAY…

South East London Film Clubs Network – find out what’s on from Borough to Woolwich and Herne Hill to Sydenham, courtesy of this superb volunteer-run website directory:

RipleyArts Centre – Sundridge Park, Bromley North, has a monthly World cinema club on Tuesdays – please check them out too:

Until the DLC hopefully re-opens in 2014, screenings will be shown at The Spread Eagle pub:

In Beckenham/Bromley/West Wickham – our FILMBOX programme:

Travelling elsewhere in the UK?

The British Fedearation of Film Societies is the national body for community cinemas and film societies – lots of info on where they are here:

A HUGE ‘thank you’ to all the teachers, parents, LPSB sixth formers, friends and local residents who have helped FILMBOX to be so successful, so quickly in our first year – this national award is for YOU! And we’re not even 1 year old yet… Join us for our 3-day 1st Birthday film festival THIS Thursday to Saturday 26-28 September 2013.

See Hitchcock’s masterpiece, ‘Vertigo’ – with special introductions – £8/£5 on our 1st Birthday this Thursday 26 Sept, RARELY seen on the BIG screen (in the Bromley Hall – 7.30pm), then ‘Buster Plays Buster’ live professional jazz – £10/£6 to Buster Keaton’s silent comedy classic ‘Sherlock Jr’ on Friday 27 Sept (in Bromley Hall 7.30pm – book here for this film only – http://www.ticketsource.co.uk/lpcpa), then 4 FREE FILMS in ONE DAY on Saturday 28 September – the enchanting children’s animation ‘Ponyo’ (FREE – Cert U) at 2pm, ‘The Great Gatsby’ (FREE – Cert 12A) at 5pm and a choice of ‘Mamma Mia’ (FREE – Cert PG) sing along OR ‘Seven Psychopaths’ (FREE – Cert 15) at 8pm – refreshments available from 1.30pm and bar-b-q available from 7pm. Book all these events and films here now: http://www.ticketsource.co.uk/filmboxcommunitycinema

Please see full details of each event and what’s on offer on our Coming Soon page: https://langleyfilmbox.wordpress.com/coming-soon/

If you haven’t seen a film at FILMBOX yet… why not? FREE parking, no popcorn mess, scrumptious local Simply ice cream, friendly faces, a cafe/bar and GREAT films – seeing a film with an audience is the VERY BEST way to see a film and have a memorable experience and FILMBOX is for EVERYONE in the local area.

Here’s some other local film-making and cinema events (and news) going on near you – please subscribe to our website via the pop up window so that you can automatically receive new info from us into your inbox:

‘Three Days’ short film – your very own rom-com short, being made soon in Beckenham and Bromley this July!

Having already used Red Boutique http://www.redboutique.co.uk/ in Beckenham High Street and The Lavender House café http://www.thelavenderhousecafe.co.uk/ in Sundridge Park Village as locations for their trailers, the team will be making the finished short film (20mins) here in July. We hope to bring you more details very soon of an exciting tie-in with FILMBOX!

‘Save the David Lean Cinema’ campaign

2 years since this independent cinema was closed down, a campaign is trying to revive it by running a pop-up cinema at the Spreadeagle pub in Croydon near the Clocktower where the cinema was based. They are also holding an event near Beckenham/West Wickham, in Shirley, that you might like to go to. Saturday 15 June at 7.30pm (doors open at 7.15pm) at Shirley Community Centre Shrublands Avenue, Shirley, CR0 8JA. A SUNDAY IN THE COUNTRY 1984 90 mins (16mm film presentation: French drama with English subtitles). Directed by Bertrand Tavernier and nominated for Golden Globe and BAFTA awards (Best Foreign Film). “It’s rare that a film so pictorially gorgeous is so tender, wise and humane.” (SCS is at the top of Bridle Road. 194 and 198 buses stop nearby, at the Goat pub. Parking is available in the area.) To be added to the Campaign mailing list, email: savedavidlean@gmail.com. Facebook: http://www.facebook.com/LeanCampaign . Twitter: @SaveDavidLean

University College London are researching cinema-going in the 1960s and would like to collect some research. They are interested in the ways in which people remember cinema-going, films and the decade itself. If you’re too young to remember the 60s please fwd this to someone who does!

The questionnaire that forms the basis of the project is here  http://www.ucl.ac.uk/cinemamemories. It can be accessed by clicking on the ‘Contribute your memories’ link and more directly by visiting http://www.ucl.ac.uk/cinemamemories/questionnaire-links/. The questionnaire can be completed online, but it can also be downloaded, printed and returned by post. They are also able to send out printed copies and freepost envelopes in which to return them, if you prefer this option, please email: cinemamemories@ucl.ac.uk  Telephone: 020 7679 7960 By Post: Cultural Memory and British Cinema-going of the 1960s, Department of History, UCL, Gower Street, London, WC1E 6BT

SE London Film Clubs Network – Keep up with the independent cinema scene in SE London by subscribing to this great blog: http://selondonfilmclubs.wordpress.com/

Free Film Festivals – Visit this website to see details of ALL free film festivals in the S London area – a great community cinema initiative – who knows, it may be coming FILMBOX way soon…? http://www.freefilmfestivals.org/index.php

Many of us are proud members of the British Federation of Film Societies – if you have friends and relatives elsewhere in the UK, or are visiting during the summer, do check out this terrific network of film societies, pop-ups and community cinemas!  A gathering force for independent film exhibition in the UK – http://www.bffs.org.uk

Keep cinema in all its shapes and forms ALIVE – Films are better with an audience like YOU!